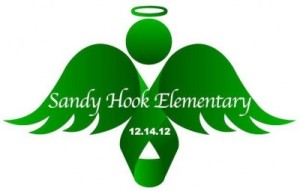 The staff of Lime Rock Park wanted to tell you that the “Spikes Ride for Sandy Hook” benefit car show on Saturday, April 13th resulted in $26,000 in donations, with more to come after the organizers tally checks, vendor donations, t-shirt sales, pledges and matching funds.

George “Spikes” LeGrice, 27, an EMT and National Guardsman from Brockton, Mass., organized the event while Lime Rock donated the facility and its personnel. LeGrice recruited hundreds of volunteers for the cause, which he officially launched within a day of the mid-December tragedy at Sandy Hook Elementary in Newtown, Conn.

“I thought it would be a simple bike ride, and by 7:30 p.m. Saturday [Dec. 15] I had a Facebook page, but things went huge very quickly,” LeGrice told the Litchfield County Times. “People with any kind of nice car, bike or truck wanted to join in. Convoys came from Connecticut, New Hampshire, Vermont, Massachusetts, Maine, Maryland, New Jersey, New York, Pennsylvania – we even have people from as far away as Texas.”

Skip Barber said, “This is one of the most ‘democratic’ shows I’ve ever seen. We had Bentleys from the 1930s shoulder to shoulder with Honda Accords, which were next to jacked-up diesel pick-ups, Z28s and Austin-Healeys. Thousands of vehicles… It’s wonderful when everyone feels as one, to do what they can for Newtown.”

Lime Rock Park and George wish to deeply thank the nearly 3,000 people who came to support the Newtown families and first responders. Many thanks, too, to the hundreds of volunteers that made the gathering a success.

The T-shirts sold at the show, with proceeds going to the benefit fund, are available at LeGrice’s eBay account.

Praying for Boston,
The Staff at Lime Rock Park